For people found guilty of crimes in Victoria, the Sentencing Act 1991 (Vic) defines a variety of sentencing orders.

The main sentence types available for adults in Victoria are:

A drug treatment order (DTO) combines prison terms with drug treatment, but the prison sentences is suspended. The court sentences the criminal to up to two years in prison, but the punishment is deferred while the offender is treated and monitored.

A community correction order can be up to five years in length in the higher courts and in the Magistrates’ Court can be two years for one offence, four years for two offences and five years for three or more offences

Penalty units are used to measure the maximum amount of a fine. A punishment unit is a monetary sum determined annually by parliament. The value of a penalty unit has been fixed at $181.74 from July 1, 2021, to June 30, 2022.

The court may impose an adjourned undertaking if a charge is proven. This permits a person to be released into the community for up to five years without supervision. Failure to adhere to the undertaking though can enliven all previous sentencing outcomes.

Dismissal is where a proved charge may be dismissed by the court without a conviction or punishment being imposed.

Discharge is where the court may record a conviction but not impose any further penalty if a charge is proven.

Can become available after lengthy prosecution culminating in a complete finding of non-guilt or in rare cases severe error or procedural unfairness on the part of the prosecuting party.

A diversion programme is a means to deal with your situation outside of the court system and avoid a criminal record.

You will be placed on a diversion plan if the Magistrate determines that you are eligible for diversion. During this period, you must adhere to specific guidelines. You may be required to write a letter of apology to the victim, seek counselling (anger management, drug or alcohol treatment), complete an education course (defensive driving, drug awareness programme), make a contribution or volunteer in the community.

The police will withdraw the charges and there will be no finding of guilt if you fulfil the terms of your diversion plan. That indicates you have never been convicted of a crime.

Generally, the length of a diversion strategy is a year. Notably, a diversion will only be considered in conjunction with a plea of guilty.

In Victoria, there are a variety of alternatives for sentencing children and young people aged 10 to 21, including:

Clients are represented by our lawyers in Sydney and Melbourne courts. Trials, sentencing, parole applications, arrested violence orders, and criminal and driver licence appeals are all cases in which we appear. For some matters we offer fixed fees.  Our lawyers have a lot of expertise, and we make sure that our clients are well-informed, trained, and ready to go to court.

Criminal Lawyers on your side

Whatever the situation you are facing, getting accurate, trusted and professional legal advice quickly is important. Our team can provide you with fast, expert and non-judgemental counsel seven days a week.

We Serve The Best Service The team at Banga Legal are dedicated to provide you with legal assistance so you can be protected from mistreatment, discrimination and unfair dismissals at the hands of your employer. 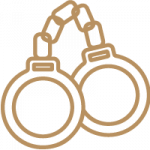 Our team are able to provide you with non-judgemental, expert and experienced legal advice to ensure that your situation achieves the best possible outcome. 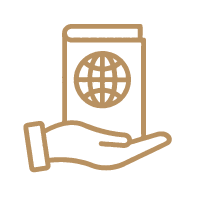 Our team of expert lawyers provide expert, straight-talking advice and will assist you with all your immigration needs, honestly, professionally and maintaining transparency. 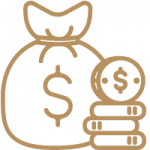 Commercial law focuses on laws and regulations that govern trade and commerce sales within a business and the individuals who participate within that speciﬁc business. 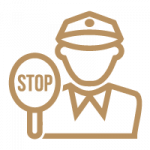 Driving charges can have serious implications, much further than hefty ﬁnes or loss of licence. Not being able to drive can impact your social, professional and family life. 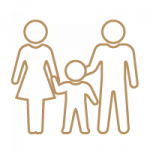 With expert knowledge and genuine compassion, our team are able to guide you through this difﬁcult process to ensure you make the best decision for yourself and your family. 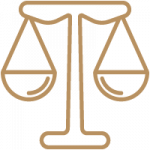 Do you require other legal advice or representation such as civil law, contract law or any other matter, we can assist you via our network of skilled, professional afﬁliates.

we can assist you now

We Are Committed To
Protecting What Matters The Most

Our team can provide you with fast, expert and non-judgemental counsel seven days a week.

We are proud to deliver high quality legal advice professionally, efficiently, and cost-effectively. Our direct approach means we can offer you practical, easy to understand legal advice ensuring confidence and peace of mind on both large and small matters.

Four Steps To Your Success

Banga Legal provides you the confidence of knowing that your guidance comes from the very best Sydney and Melbourne Lawyer.

Chat to us about how we can assist with your legal dilemmas. We pick up where the others cannot.

We will discuss your desired outcome and formulate the best way in helping acheieve the set goals.

This is where we will put the strategy in motion. Act on the formula and drive your matter to success, using both litigation and out of court alternatives were applicable.

When you walk away knowing that you obtained the best possible outcome for your case.